TEAM CAPTAIN! All of your captain are belong to us!

By rockydavies in Uncategorized on November 30, 2012

I love making these fake old comic books.  I had some time recently and so I made this one based on an idea that I’ve had for a long time.

I collected all of my favorite childhood captains and assigned them to the same team in a Marvelesque comic circa 1990 style.

Yes his name is Captain Marvel – its not Shazam people! 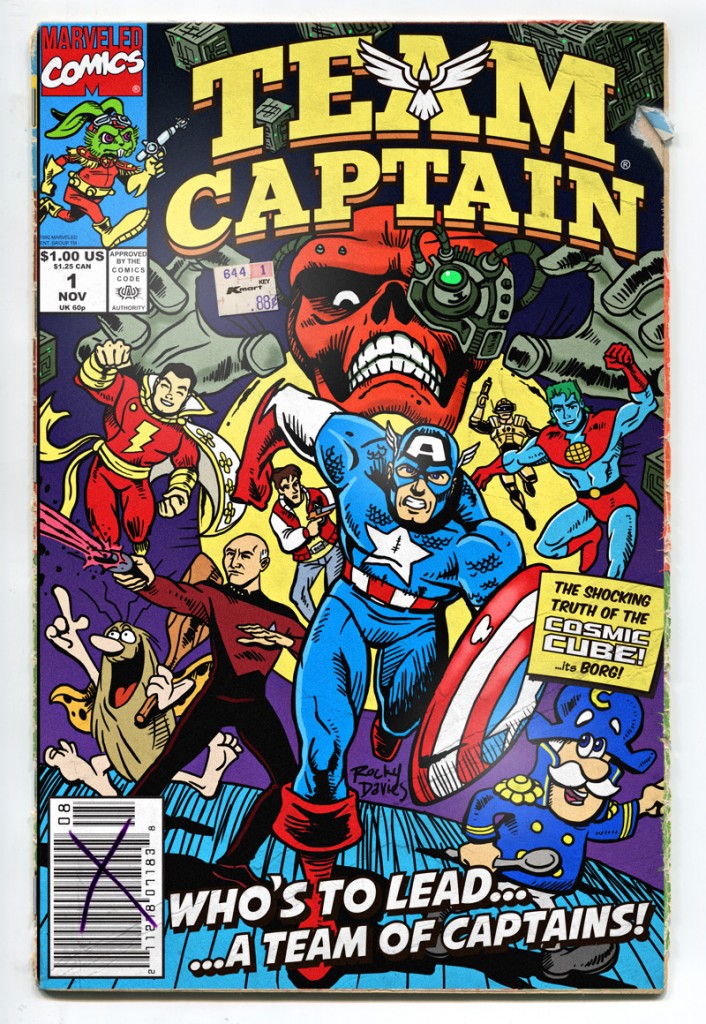