My Clash of Clans Yeti creation!

By rockydavies in Uncategorized on August 16, 2013 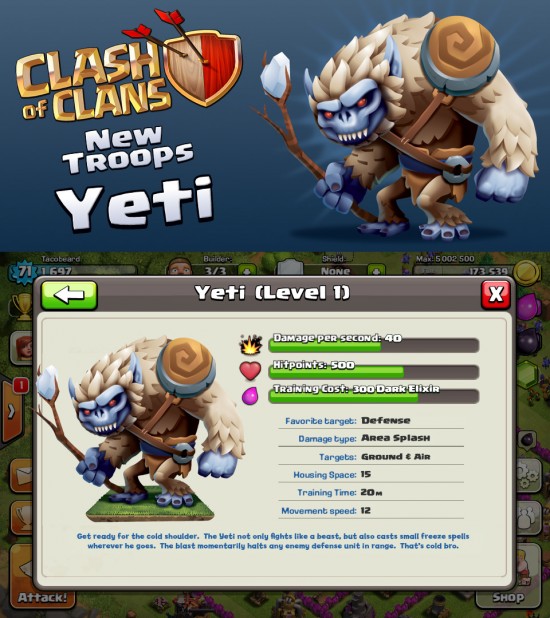 I’ve been a little obsessed with the Clash of Clans game.  I was unfortunately introduced to it by a friend and as a result, I’ve played it pretty continuously for several months now.  I always thought it would be fun to try to do a new character for the game.  Just the other day I saw a group doing a contest on just that very subject.  I couldn’t resist.

I decided to do a cool Yeti character complete with stats screen and intro art.  We’ll see how it goes!

[UPDATE]  Hilariously, this thing went a little viral in the Clash of Clans world.  It started showing up in Youtube videos, forum posts, and Instagram feeds.  It was all over and the speculation was that it was a real leaked character. Haha, I was laughing pretty hard.  They eventually figured out it was fake, but it was good while it lasted.  Apparently, I forgot to fix one minor detail.  My elixir icon should have been black instead of purple.  Whoops.  Next time I’ll have to be more careful.