By rockydavies in Uncategorized on May 21, 2014 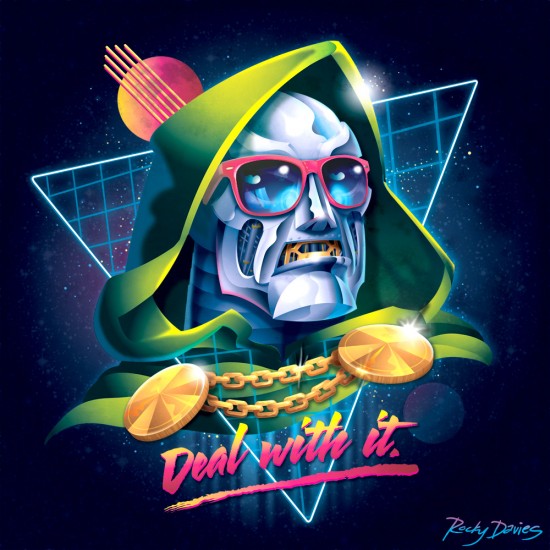 I decided to make a fake 1980’s Dr. Doom LP record album cover.  Yeah, its pretty much “just because I could.”  Haha.  I thought it would be fun to try and replicate the old 80’s art feel.  They had all this shiny airbrush chrome and junk.  You know, like Doom tried to do some good PR and produce an upbeat pop album.  It has hits like “Latveria, Why Latveria?” and “Doom Done Did It Again” and “Four Coffins” and “Chrome Dome”.  Personally I like the album’s namesake “Deal With It.”