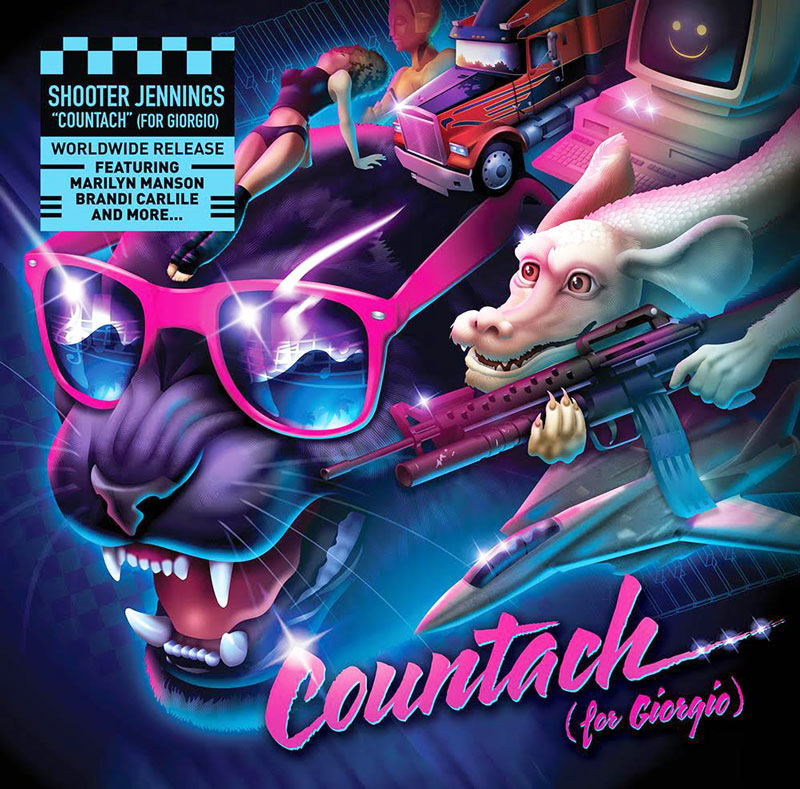 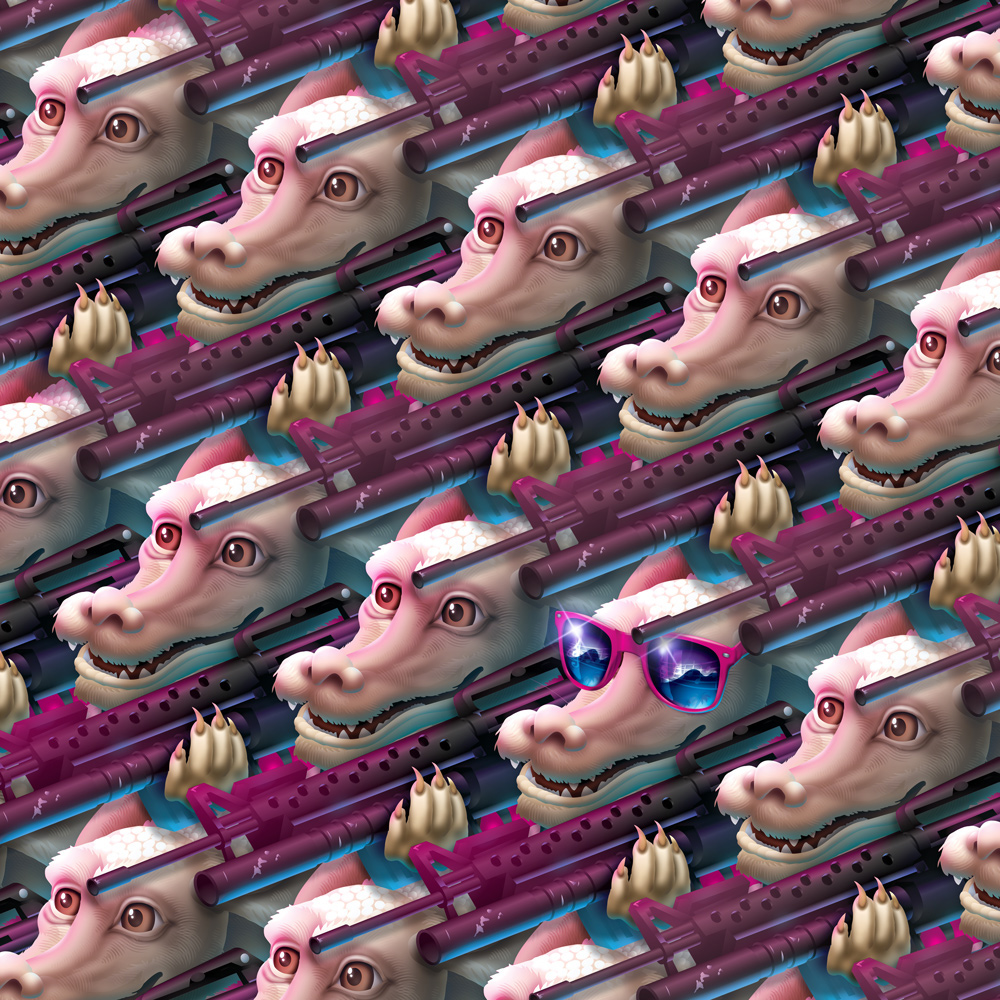 Shooter Jennings contacted me and told me how much he loved my 80’s work.  He asked if I would do the cover to his new collaborative effort, Countach: For Giorgio.  The album was to feature a variety of artists from Marilyn Manson to Brandi Carlile.  They were each doing a cover from the 80’s work of Giorgio Moroder, the famous film song and soundtrack creator.  How cool is that!?

We are both big fans of He-Man and I suggested a large purple panther be the main icon.  It fits the song Cat People and also fits Skeletor’s big cat companion, Panthor.  Win-win.  I then had the idea to surround him with other icons from the movies Moroder worked on.  It came together in a fun homage piece.