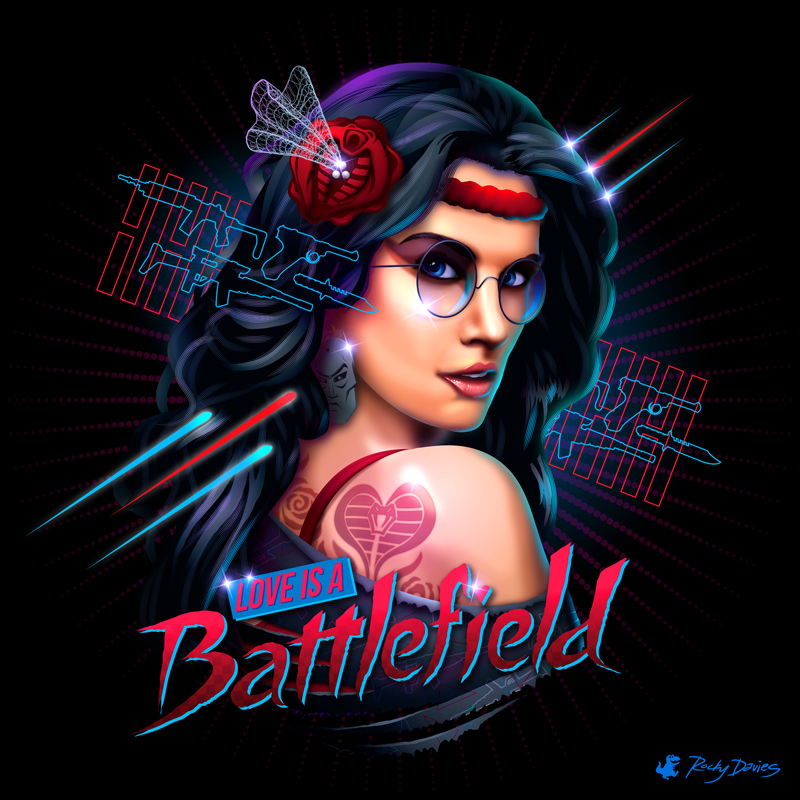 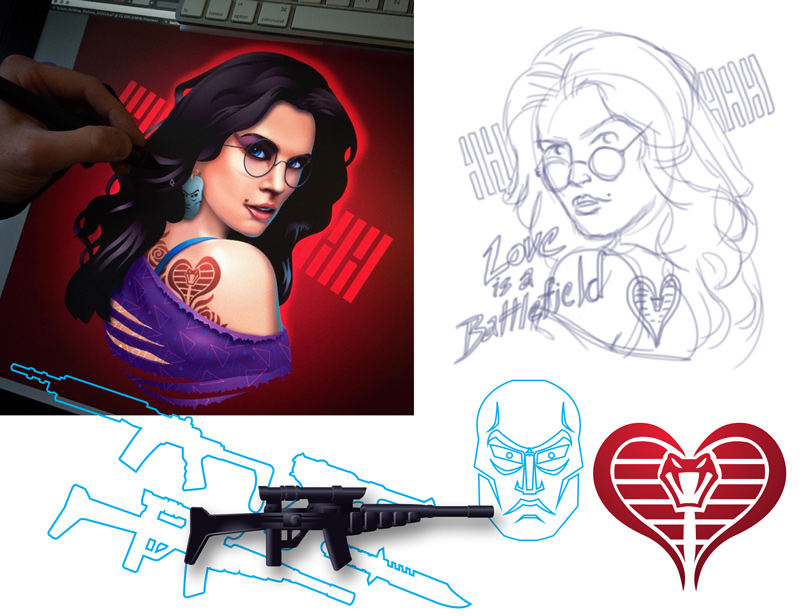 L ove is a Battlefield.  The Baroness.  I think every little boy had a bit of a crush on Cobra’s the Baroness.  She was the bad girl.  She had an accent and cool weapons.  I thought I had to try and capture some of that coolness and imagine her being played by the 80’s own Cindy Crawford.

I still need to do a whole slew of G.I. Joe characters, there are so many great ones to pick from!  Cobra Commander has definitely got to be up sometime next.