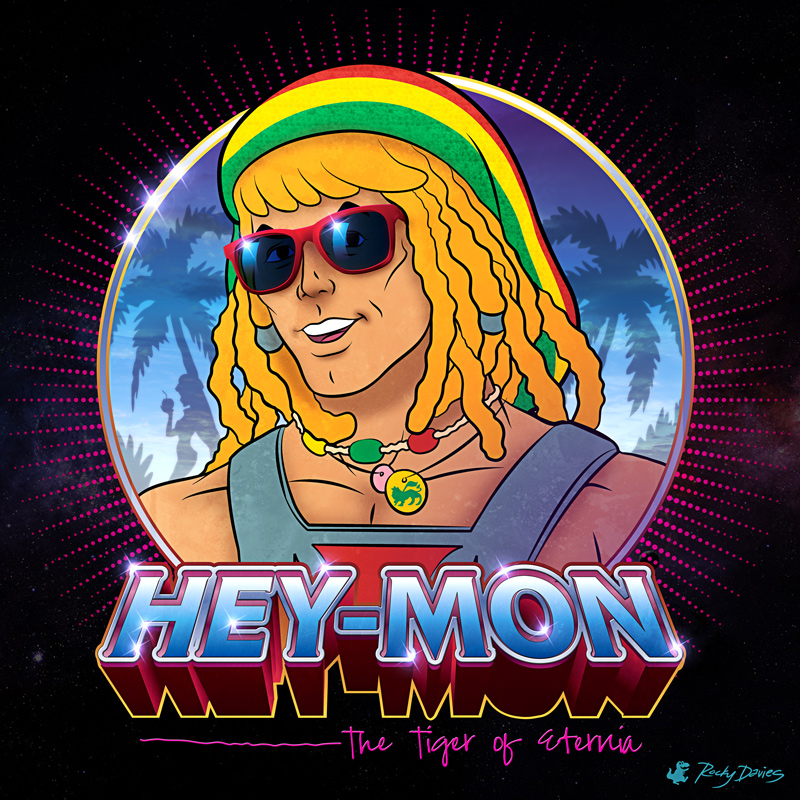 Hey-Mon.  I am such a huge He-Man and Masters of the Universe fan that it hurts.  It hurts because others don’t love MOTU as much as I do.  Cruel world, who do you think you are!?  So many good childhood memories of He-Man and Skeletor.  I remember first seeing the toys at a small hardware store in ’83 as a kid in Idaho.  That started a life-long love affair.  If only there were a great modern big budget movie on the property.  Do it Hollywood, but do it right!  Or I’ll burn your sign down!  Okay, well, maybe just a picture of it that I print off the internet.

Hey-Mon is just a silly joke that I thought of in my head and then forced it on the unsuspecting world.  Prince Adam’s Reggae Album released in the late 80’s.