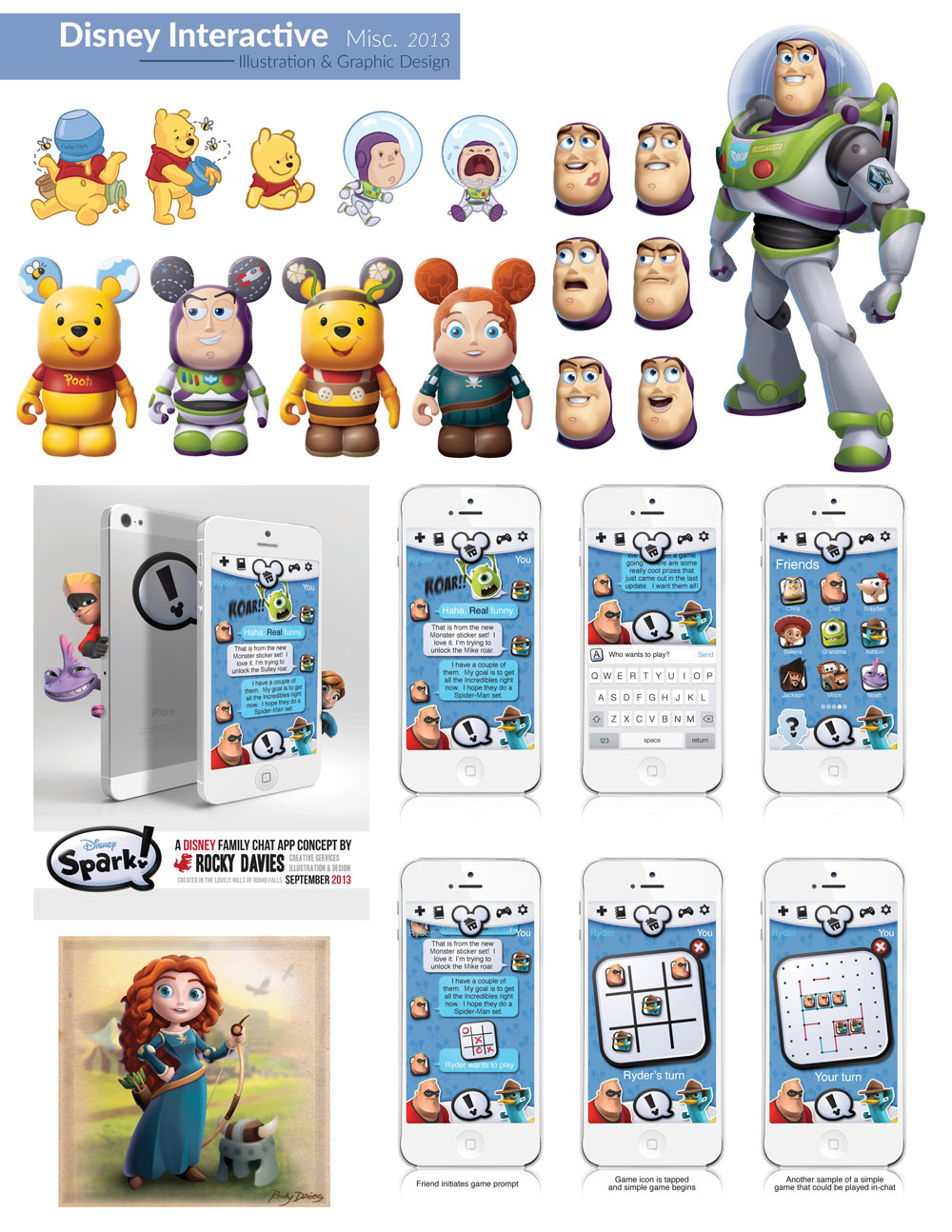 Disney Interactive had been working on a new family chat app for some time.  I came in somewhere in the middle of the project and did some graphic design along with some consulting.  I created a handful of different potential looks and layouts for the app.  I also did a little bit of illustrations for some digital stickers and other potential tie-ins.  It was really cool to get to work with their team!

The project went on for some time after I finished my part.  Eventually it became an app called Disney Mix.