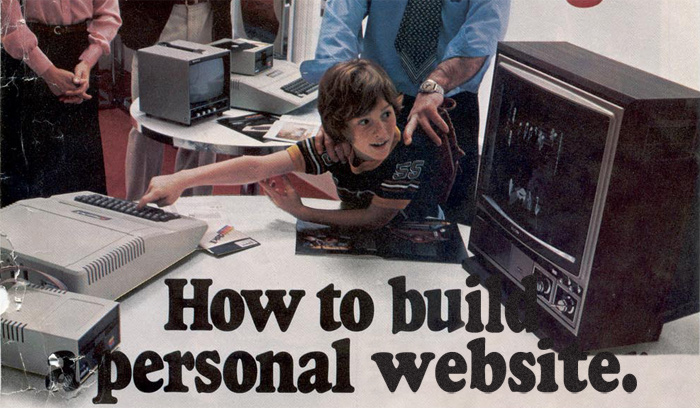 New website, fresh start, and nothing to do with an orangutan.

By rockydavies in Uncategorized on February 22, 2012

So, after the crushing defeat I received at my last in-house artist job, I’ve decided to go back into freelancing.  That sounds like a curious thing for me to hear in my own head, “a freelance art career would probably be more stable.”  A freelance artist’s career is probably anything but stable, a toddler using four chairs stacked on top of each other to reach an intermittently blinking and half screwed in lightbulb is probably more stable, but its the choice I want to make. Or at least I should say, I want to be more in control of what is going on around me.

As such, I’m hard at work on my new website.  My previous site, rockydavies.com version 3.0 was getting quite old and in need of a tune-up, or rather, a retirement.  It had lasted longer than versions 1.o and 2.0, and so it deserved a rest.  It had served me well and gotten me through several years of freelance and in-house jobs.

I built it myself from scratch using photoshop, illustrator, and dreamweaver.  I know nothing of code though and so it was always a haphazard experiment with what I could get away with.  That also made it a total pain in the neck to update and organize.

This time out, I decided to use wordpress.  I’ve put together the basics of the site now and I can say, “thank heavens!”  It is so much easier and nicer to use.  Things fit together and work and look nice.  It will be super simple to update and keep current.  It also has nice little widgets to show flickr updates and twitter and such.  Hopefully I can keep up with those.

This is my first official post to get things off the ground!  I’ll keep it updated with work and my progress as an artist and as a freelancer.  Hopefully my experiences can help others also get off to a successful career.